According to Psychology Today, a chronic ringing or buzzing noise in your ears can contribute to anger, anxiety, depression, post-traumatic stress disorder, and even suicidal ideation. This condition is called tinnitus and anyone who suffers from it can be at risk of these and other psychological disorders. One-fourth of the respondents to a survey reported that their condition is disabling.

Fortunately, research has concluded the effectiveness of acupuncture in reducing the severity and loudness of nonpulsatile tinnitus.

There are two main types of tinnitus: pulsatile and nonpulsatile. Pulsatile tinnitus is synchronous with the heartbeat, so it's believed the patient is hearing sounds that are due to the blood being carried near the ears, such as when there are abnormalities in the sinuses. Nonpulsatile tinnitus is believed to be caused by damage to the nerves in the ears and auditory system.

Acupuncture helps promote balance of the flow of energy along pathways in your body called meridians. The energy is called qi and is believed to help the body naturally heal itself. Acupuncture stimulates specific points along the meridians to help the flow of qi be restored so the body can then heal itself. For tinnitus, these points are generally in and on your ears.

Of course, you'll want to go to a licensed acupuncturist for treatments for your nonpulsatile tinnitus. Your primary care physician may have a recommendation for you, just be sure they are licensed in acupuncture and have a good reputation. 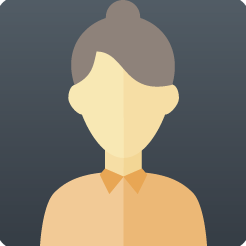